Bond Technologies: Who We Are

What makes Bond so strong in the Friction Stir Welding (FSW) industry?

It is remarkable to look back and realize that the team at Bond Technologies has been working together for almost as long as the technology of Friction Stir Welding has existed. In fact, the shared history among the team members at Bond Technologies is a big part of what makes the company and the working atmosphere so successful.

“While the company itself wasn’t officially launched until 2014, most of us have been together for 15 years or so,” explained Dave Hofferbert, President of Bond Technologies. “Friction Stir Welding technology began just a little over 20 years ago. And if you look at the origin of Bond Technologies, you can see that we have been a driving force in this technology since the start – just under different names.”

Haynie initially started TTI in 1999 as an engineering service company.  With an extensive background in aerospace tooling, one of the first projects taken on by TTI was the design of work-holding fixtures for the Eclipse 500 airplane, the first aircraft built with Friction Stir Welding. From 2003 through 2008, TTI grew and developed a full line of FSW machines. By the end of 2008, TTI was one of the leading suppliers of FSW equipment with customers on four continents.

In 2008, Manufacturing Technology, Inc. (MTI) – a world leader in Rotary Friction Welding machines – acquired Transformation Technologies, Inc. (TTI) and absorbed the FSW product line under the MTI banner. MTI was positioned to take the FSW line to the next level by leveraging their worldwide sales, service and support network and their long-term reputation in the field of solid state joining. With this acquisition, the entire TTI crew joined MTI.

The coming together of these two powerhouse companies combined the spectacular innovation of Friction Stir Welding (FSW) with MTI’s long-established expertise and global leadership in friction welding solutions.

In 2014, MTI divested the FSW technology to focus on their core business.  This cleared the path for the original technology leaders of TTI to create Bond Technologies, combining the robust, cost-effective design philosophies of TTI with the technology enhancements and advanced control features developed by MTI. Bond Technologies then licensed all previous TTI and MTI Frction Stir Weld technology, and now offers full support and parts for MTI and TTI FSW machines. Bond Technologies continues to innovate and grow the product line incorporated the latest advances in controls and process technology.

“We get asked by clients every once in awhile – ‘How do we know Bond will still be vibrant in three to five years? How do we know you will be here to service or support us?’” Hofferbert explained. “The truth is that Bond has been around for a lot longer than our name makes obvious.”

“When you look at the successes of TTI and MTI, we can lay claim to those successes – because we were the team doing it,” he continued. “We have a tremendously strong presence in the FSW community and are focused on providing products and services specific to FSW. We’ve had an excellent track record of success in the last 15-20 years and Bond Technologies continues to leverage that.”

For more than a decade, the Bond Technologies team has been supplying FSW systems and serving customers throughout the world.  Bond Technologies employs a full engineering staff handling both mechanical design and controls. With over 60 years of combined experience, its professionals can design and supply machines and fixtures for small production parts to large systems used in the aerospace, ship building and railcar industries. Bond Technologies’ FSW machines, like the GG7 (link) and RM10 (link), are used for research and development purposes by The Welding Institute, Brigham Young University, Pacific Northwest National Laboratory, Mitsubishi Heavy Industries, and Spirit Aerosystems.

Driven by the motto, “Give the clients more than what they asked for,” this talented, innovative team of engineers produces extraordinary results that have created a following of loyal customers. 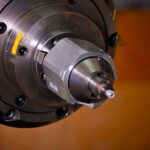 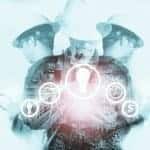